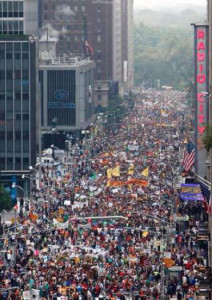 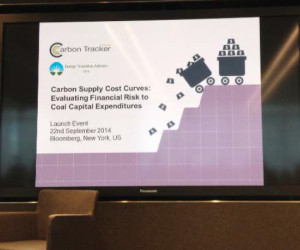 1. On Sunday, September 21st, The Climate March happened in New York City with
nearly half a million people.

2. Monday the 22nd, The Carbon Tracker Coal Basins Report was launched at
Bloomberg Headquarters, in which Paul’s and my private foundation played a
catalytic role. On the same day, the Rockefeller Brother’s Fund and family
members were featured in the New York Times for divesting their portfolio from
fossil fuels: http://goo.gl/UEJZKr

3. Tuesday, the 23rd was the day of my brother Richard’s memorial service at
Rockefeller University. 400 people came to celebrate his life.

4. Thursday, the 24th was the first day of Rosh Hashanah, the Jewish New Year.

I asked myself, what do these four events have in common? In one-way or another, it all
comes down to family. Whether we’re caring for the larger family of life on Earth, the
burial of a family member in the earth, or the celebration of a holiday within a tribe of
people, family comes first. It has to, for the survival of humans and animals roaming this
planet. 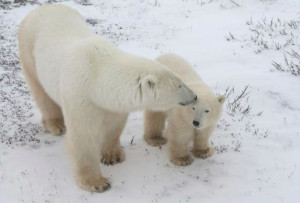 Earth will outlast us, but it is our moral obligation to care for it, for the generations who
deserve to come after us. We will need to dramatically cut our use of fossil fuels, and
invest in new sustainable forms of energy, like solar, wind and geothermal.

There are solutions in the making. I learned last night that the ovens at Blue Hill at Stone
Barns’ restaurant will be heated by compost in the next 40 years! One oven is already
installed and working.

To give families in all forms of life a climate that still has quality of life, we must adapt
to sustainable forms of living. Let us humans join hands across families of every
background, race and religion, around the table and the planet. This is the first step
towards a healthy future.

At the start of the Jewish New Year, I am grateful for the opportunity to ask forgiveness
of individuals and the planet, where I have been disrespectful or impatient, insensitive or
self-serving. My aim is to craft new habits of mind and heart:

* I am contacting family members and friends in need more often.
* I consolidate trips on airplanes to help reduce the carbon footprint.
* I turn off the water when brushing my teeth and washing dishes.
* And I’m still driving my 2007 Prius so as not to contribute to more use of carbon
in making a new car.

These are small gestures. But just remember that termites living in colonies of several
hundred to several million individuals can together build hills reaching 42 feet high! If
termites can do the seemingly impossible, so can we.

As you know by now, if you are acquainted with my blog, I often draw inspiration from
nature. I will end with a poem I wrote last week after seeing a praying mantis on the front
door of my dad’s house, the day before my brother’s memorial. The word “mantis”
comes from the Greek mantiko, for soothsayer or prophet. In the service, Barry S. Coller,
M.D. from Rockefeller University, referred to Richard as a prophet. I dedicate this poem
to my brother: 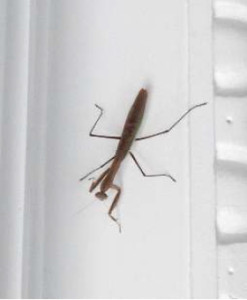 The sun was bright on the white front door
when I came out to find a small crowd
peering at a praying mantis,
it’s six long arms, like broken oars.

Still as hands in prayer
its tri-corner head tilted like a hat
inviting us to lean in
to the green shape of mystery.

Stopping long enough to stare, I saw
it was you, teaching us
in the pause of your stilt-like frame,
to give grief and gratitude their due.

What do you need to ask forgiveness or express gratitude for in your family, or the larger family of life?