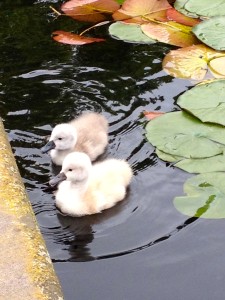 “That’s not fair!” Ever heard that refrain? Ever said it? At least you must have felt it, because life isn’t fair.

As the youngest of six children in a loud and bustling family, I paid attention to whether I got my fair share of food, the best toys, the most presents to open at Christmas, or time with my mother. The greatest of all was the latter. Attention, a euphemism for love, is essential for growing the inner well of confidence.

In my house growing up, there was a lot going on, and rarely enough time for individual needs to be met. At dinner I was usually placed at “starvation corner,” meaning I was the last to be served. Fairness was my mantra.

I was so focused on fairness that it followed me into adulthood. When my own children were growing up I made sure we had no starvation corner, but I swung too far in the opposite direction. I spent time equally with each son, even if it meant not completing a project. If I complemented one, I would say something nice to the other in the same breath. Without knowing it I was still fueling competition between them. I wondered why they didn’t play together.

In recent years after they had left home, I noticed that fairness had sunk into my pockets – literally! When I got out of my car at the grocery store, I put the keys in my right pocket. A few minutes later, I stopped at the bank, and when I came back to the car, the keys were now in my left pocket. I had developed an unconscious habit to be fair, even to my keys! That’s when I said, “Enough!”

The truth is, no matter how hard we try to be fair, or to be treated fairly, life does not come in equal packages. It rains just as we leave on a long-anticipated walk, a teacher gives only one student an “A” even though three others feel they deserved it just as much, your friend was qualified for a job but someone else got it for political reasons, your family didn’t have as much money as your best friend’s, my brother died too young.

How we view unfairness makes a big difference in our life. I struggle with it still, but I’m trying to remove myself from being an obsessive fair-monger. I strive to take each day and each moment as it comes without making judgments. I notice how feelings pass like clouds, but judgments hang heavy like fog.

Update: I’m happy to report that my keys are staying in the same pocket a little more often, and I have yet to hear a complaint from either one!

What’s “not fair” to you?
How do you cope with unfairness?

This entry was posted in Eileen's Armchair and tagged inner child, personal growth, Self, self exploration. Bookmark the permalink.

9 Responses to Speaking Of Fairness. . .