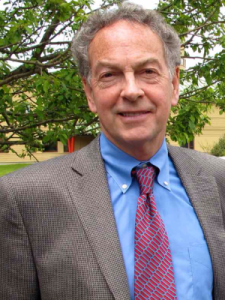 I want to pause my art series in honor of my brother, Richard Rockefeller, MD, who died tragically last Friday, the 13th while flying his plane home after my father’s 99th birthday gathering.

Richard was my next of kin, the fifth of six children, the doctor in the family, and a wonderful brother, husband, son, father, grandfather, and friend. He lived closer to his potential than anyone I know; a passionate and energetic man with a full steam ahead, all-cylinders-cranked approach to life.

Richard was a highly respected family physician in Maine where he lived, former longtime Trustee and Chair of the Rockefeller Brothers Fund, and valued leader at Rockefeller University, Maine Coast Heritage Trust, Doctors Without Borders, North Country School, Maine Time Dollar, and The Sargasso Sea Alliance. Most recently he advocated for controlled scientific research to test the effectiveness of medically treating PTSD in Veterans by administering MDMA under prescribed conditions.

The photograph below was taken the night he died, from my father’s back porch of our childhood home. As children, we loved watching thunderstorms together. The cloud that careened through that evening matched his energy; I knew it was him. Later, looking at the photograph more closely, I saw his face being led by the faces of both my grandfathers. Richard was very interested in his ancestors and had communicated with them in meditations over the past few years. I believe our grandfathers must have seen he was ready for his next adventure, and they came to escort him into another realm. 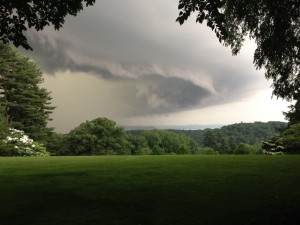 I will end with this poem I wrote in his honor:

Why?
–for Richard, with love.

Dew on the grass
Moon in the sky
I keep asking
Why, why, why?

People still work
Airplanes still fly
But you are gone
Why, why, why?

Just when it seemed
Things were going so well–
Your family was close
Your heart was wide open
The work you began
Had formed a ground swell—
Yet you left us abruptly,
Who can tell, tell, tell.

Dew on the grass
Moon in the sky
I keep asking
Why, why, why?

Birds are singing
grandbabies cry
But you aren’t here
Why, why, why?