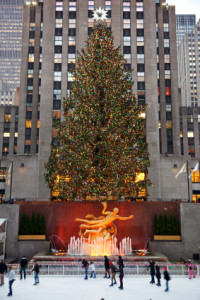 When Paul and I were married 32 years ago, he promised me his time: “my only non-renewable resource.” True to his word, most recently, he sacrificed his own work to travel with me on my 9-city book tour. Paul’s devotion holds special meaning to me as I begin to prepare for Thanksgiving, Hanukah and Christmas.

This is normally the busiest time of year for shopping. Questions get asked of loved ones; lists are scribbled, and large and small packages get squirreled away in a closet until the time comes to give the gifts.

We are encouraged daily to shop. The media tells us it’s good for the economy. But is it good for the soul? And does it really make us happy?

A friend told me last week that North America has 1% of the world’s children and 40% of the toys. This got me thinking as I was on vacation in Churchill, Manitoba, looking at polar bears. (I’ll write about that in a subsequent post.)

I visited the town “Complex,” a huge indoor community center built by the Canadian government for the town of 800 people. Many spend much of their free time there during polar bear season, so as not to get eaten. Literally! They know they are not on top of the food chain. The Complex houses the local hospital, an elder care facility, a pre-school, grade school, hockey and curling rinks, swimming pool, movie theatre and more. Paul, our friend Holly, and I entered through the indoor pre-school playground. 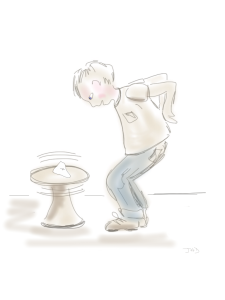 Twenty children played on “spring huskies” (instead of horses), and climbed on the jungle gym. One little boy, no older than five, stood over a flower-shaped stool and floated a piece of paper napkin in the middle while he spun it around. His little body was bent over in rapt attention, hands flat against his back, elbows behind him like angel wings. When the stool slowed, he stopped it, before twirling it the other way. I watched, enthralled, while he repeated this game for at least five minutes. His eyes widened every time. I wondered if he would become an engineer or an inventor.

When I was his age, my father took me to Rockefeller Center to see the “family tree” before enjoying the Rockettes at Radio City Music Hall. Our own tree at home only had colored balls on it, so I thought the lights were spectacular, but the main event was spending time with my father. He traveled much of the rest of the year, opening branches of the Chase Manhattan Bank. Time with him was more precious than any material gift.

Now that I’m older, I see that real abundance is not about spending money on pretty packages. It’s about spending time with family and friends. Paul has given me the best gift imaginable by giving me his time; most recently by traveling with me on my book tour. He has lived up to his vows, and I’ve learned that abundance doesn’t need to cost a cent.

How do you find abundance in your life?