Conversations from the Beach 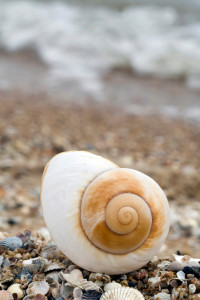 I was in Boca Grande last week, giving a book talk to benefit the Johann Fust Library Foundation. A dear friend of mine, who I had not seen in several years, joined me for the two nights. Each morning we walked along the beach, reaching down to pick up shells of interest, remarking at the school of 50 stingrays fluttering along the shoreline, while letting our conversation follow the drift of time.

Irma is originally from Albania. She came to this country after winning a green card in the US immigration lottery. I met her through my friend Gretchen, who had worked with her in Paris, and asked me to look out for her when she first arrived in Vermont. We met over a friendship quilt for Gretchen’s 50th birthday, which I organized among her closest friends. We had each agreed to print or embroider a square with memories, photos, words and quotes that would be sewed into a patchwork quilt.

But somebody needed to put it all together. I could sew and use a machine, but it would surely have had uneven edges. I asked Irma if she could help me. She was delighted, and explained how she learned from her mother how to sew, knit and crochet. It was a natural part of growing up in Albania. I still remember my mother teaching me how to thread a needle and knot the thread by winding one end around my forefinger, rolling my thumb along it, and pulling.

Irma’s and my friendship was born of these common threads. We talked of clothes and sweaters we had made as we walked along the beach. I felt a sense of nostalgia for a time largely gone by, when friends came together over a quilting bee, dyed and spun yarns together in each other’s homes, and shared patterns for clothing or recipes for food or life.

Today when we get a hole in our socks, we throw them out. What happened to darning? How did time get so precious that it became more important to fill up on gas, drive our car to the store, and buy a new pair of socks instead of repairing the old one? Which is more gratifying? Being with Irma reminded me of what’s important. I picked up another shell before turning for home.

What do you long for from a time gone by?
What can you bring back into your own life?

8 Responses to Conversations from the Beach