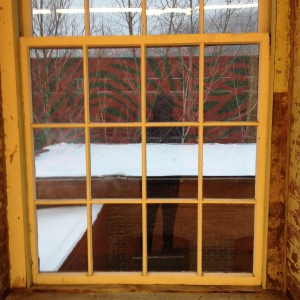 I’m outside my comfort zone today, but then isn’t everyone? I fear we are entering the age of anarchy, in which a growing number of extremist people believe they have a right – even a duty – to hack, take hostage, or gun down anyone who contradicts or disputes their ideology. What is going on?

I believe it all begins at home. If we want to raise peaceful, compassionate and respectful citizens, we need to model these attributes around the dinner table. It’s not enough to expect our schools to imbue students with right values only to return them to cold and empty, or often abusive homes at night. Giving lip service to “children first” does not make the grade when we in the United States of America pay more for prisons than schools. Case in point: In 2014, California spent 7 times the amount per prison inmate than for each K-12 student. What happened to the idea of love, compassion, or just plain old prevention?

Victor Hugo, 19th Century author, said “He who opens a school door closes a prison.”
It doesn’t take heroes to raise children, but it takes heroes to save people from hostage takeovers. And it takes the hero in each of us to face ourselves squarely, when faced with shame or guilt.

Most of us, when questioned about our behavior take a defensive stance. This is normal, according to Anna Freud, daughter of Sigmund, who published her great work in 1936 on The Ego and the Mechanisms of Defense. Her wisdom has stood the test of time.

Take 6 minutes to watch this YouTube below and see which parts you relate to. I found it engaging, humorous and wise:

To summarize, according to Anna Freud, the 10 defense mechanisms against suffering, common to all human beings are:

1. Denial: when we don’t admit that there is a problem.
2. Projection: attributing a bad feeling we have about ourselves onto someone else.
3. Turning against the self: thinking badly about our self as a way of escaping from the even worse thought; that someone we hope loves us, doesn’t.
4. Sublimation: redirecting unacceptable thoughts or emotions into higher and final channels, like art, or a cause. This is the healthiest response to self-defense.
5. Regression: returning to a way of behaving we did as a child, and blaming others or the rest of the world.
6. Rationalization: making excuses for our actions or outcomes.
7. Intellectualization: neutralizing our painful thoughts by absorbing our mind elsewhere, (like the history of the late Roman Empire!)
8. Reaction Formation: doing the opposite of our initial unacceptable feelings, like a young girl pretending she hates the boy in her class, when actually she has a crush on him.
9. Displacement: redirecting an aggressive desire to a substitute recipient.
10. Fantasy: avoiding problems by imagining them away.

Anna Freud says that most of us walk around each day displaying at least 5 of these defense mechanisms without knowing it.

How would our lives and the lives of those around us, be different if we were more conscious of our behaviors? Would the attacks in Paris have happened? What in their childhoods could have sprouted the seeds of radicalization? And how, as a world community, are we all culpable? 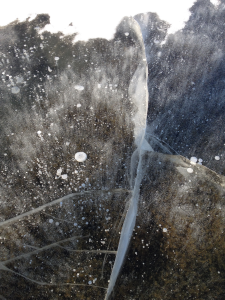 Air bubbles & fissures in ice, my image of consciousness rising.

To be our true selves we need to release the trapped energy of our defense mechanisms.

After watching the video…

– Which defense mechanisms do you most frequently express?
– How would your life be different if you recognized them in action?
– What kind of support do you need to take responsibility?

This entry was posted in Eileen's Armchair and tagged personal growth, Self, self exploration, synchronicity. Bookmark the permalink.