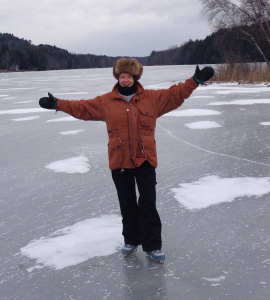 One of the things I treasure about New England is the invitation to live a “carpe diem” life. If you like the weather out there, seize the day, for it might be gone a few hours later.

It’s been very cold across the upper reaches of the Midwest and East recently and many people have been struggling. Getting to work is an ordeal, from scraping snow and ice off the windshield to braving frozen highways and avoiding black ice.

The other morning temperatures were predicted to drop into the single digits with a wind chill well below zero. The previous day I had driven by a lake I had never noticed before and the ice looked thick enough to skate on. If I didn’t go that morning it would get too cold to go at all, and we were expecting more snow by nightfall. “Seize the day!”  I thought. This was the moment for a spontaneous ice-skating adventure.

My husband doesn’t love ice-skating the way I do but he saw the sparkle of excitement in my eyes and agreed to drop everything and join me before our late-morning meetings at the office. The willingness to be spontaneous is one reason we are still together after 34 years. We drank our tea and coffee, and ate my granola with alacrity. Time was of the essence. I knew where the lake was, but I didn’t know if it had an access road. We thanked our GPS and drove off with our skates, mittens, hats and hand-warmers. The temperature was 15ºF when we parked on the far side of the lake, and there was little wind.

No one else was there. Paul wondered aloud if the ice was thick enough. At first sight its dense appearance made me think that it was, but I checked to be sure. Five inches of virgin ice lay across the lake as far as the eye could see. We laced up and glided away between light patches of snow still clinging to the ice. After taking the picture below, I saw the shape of a heart in snow. Something bigger than either Paul or me had welcomed our presence, even for the hour-long experience before heading to work. We returned with wide grins on our faces. And my work felt easy with joy in my heart. 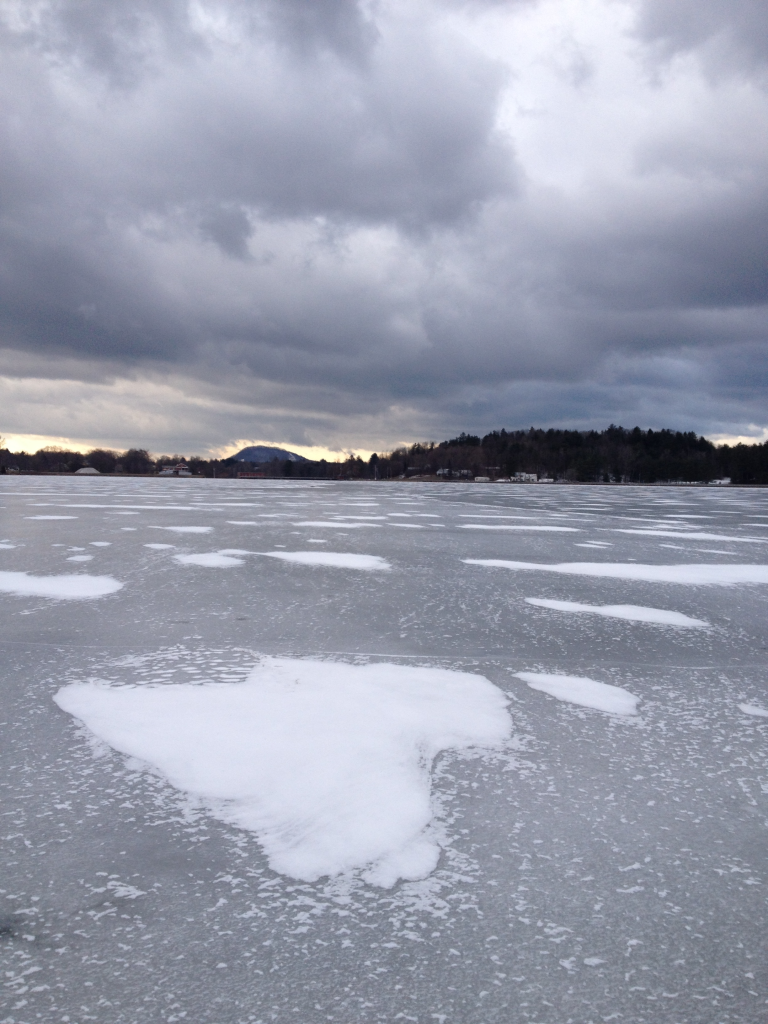 When was the last time you dropped everything for the sake of Joy?

22 Responses to Seize the Day!