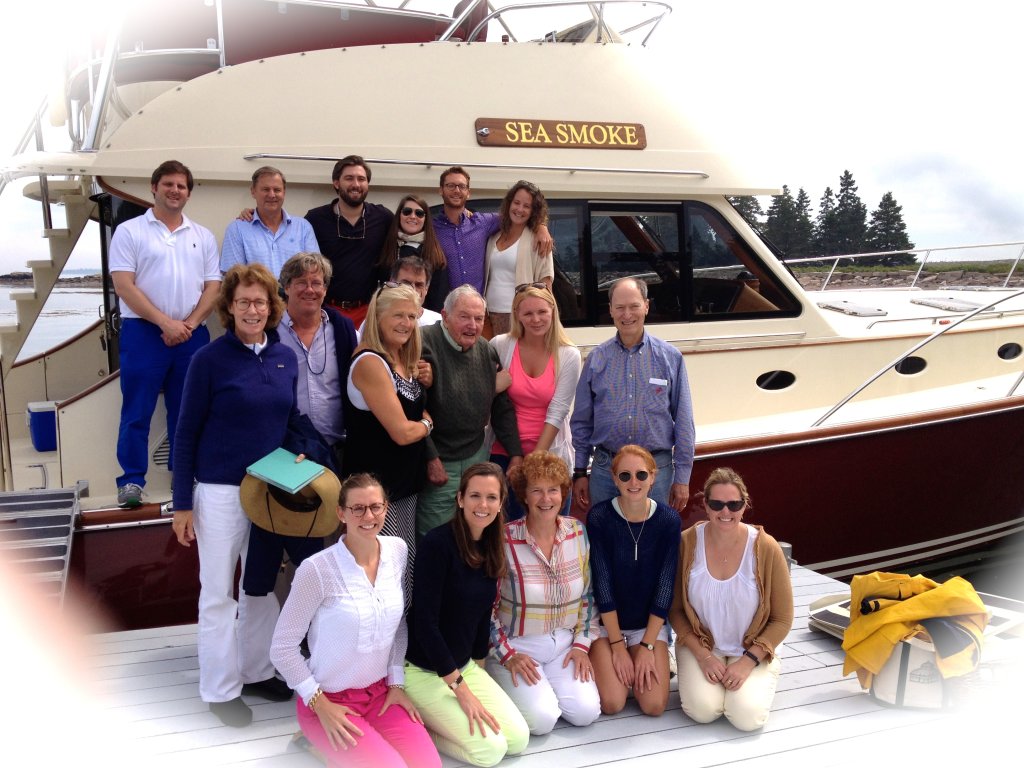 My mother’s side of the family came together this past weekend, for the first time ever. There were some whose names had never before passed our lips. We stayed on our island in Maine, which has become a summer gathering place for members of my immediate family. The numbers at meals swelled to as many as 24 between the ages of 99 and 23. Our core group totaled 16, braiding three different lines descended from my mother and her two brothers. Old photographs were shared around the kitchen table, many of which I had never seen. Stories filled the night and filled in history like a jigsaw puzzle that had long lain incomplete.

Not yet 24 hours since they left, I am still hearing remnants of their Long Island and Bedford, New York accents, once so familiar in my mother’s voice. And their DNA from Ireland, Wales and England carries the red-hair gene! I saw familiar hazel eyes, high-arched eyebrows, and enjoyed the shared antiquated words, like “ice-box” for refrigerator or “tomato” with a short “a!”

The first night, with my father and several other immediate family present, we sat around the tightly packed room of the farmhouse, and shared our entire given name and any background we know about it. This was a good way to get to know each other’s names, and in addition we learned how many of us descended from the same part of Europe.

On each of the four round tables at dinner, set in a row in the barn next door, I placed a box or shell, filled with “ice-breaker” question such as, “What was your favorite childhood book?”  “What was the most mischievous thing you did as a teenager?” or “What animal, vegetable or fruit most resembles your personality and why?” (For a complete list see the P.S. at the end of this post.) Only one table peeked at the questions that night, so busy were they discovering about each other on their own. But two mornings later I found them strewn about on the kitchen table among photographs and guest book entries. When left to our own devices, we all want to know who we are and where we came from. We hold mirrors to each other. 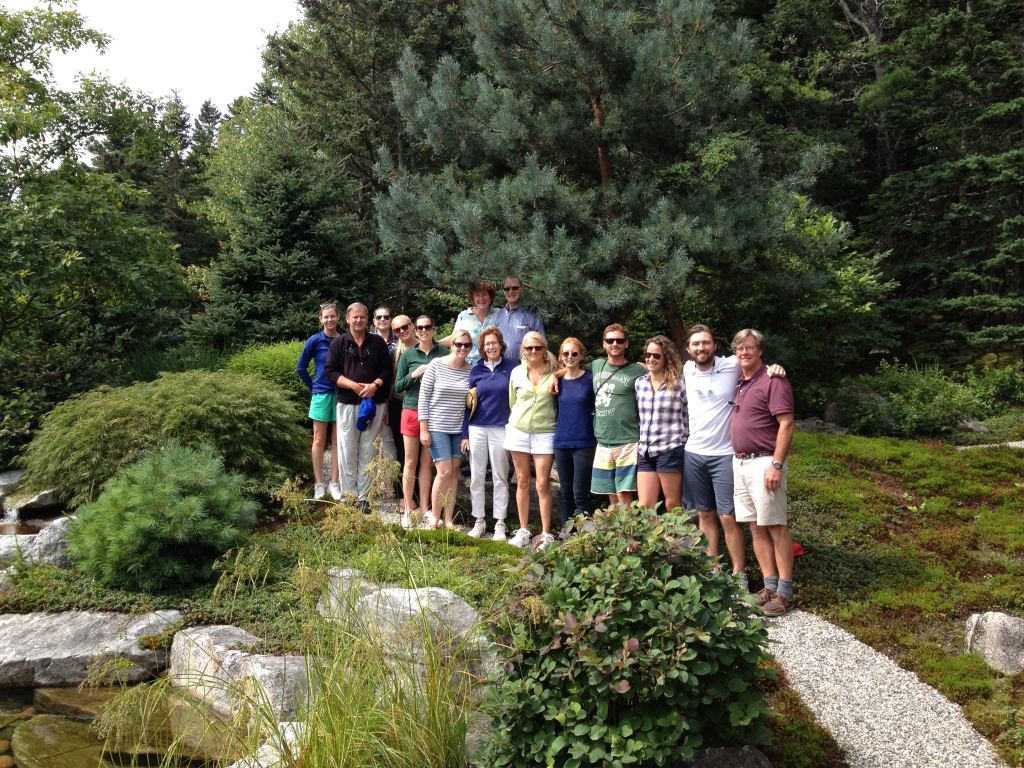 Sixteen of us moved on and off islands, and into small and large group activities while sharing stories, asking questions, and marveling at the discovery of pieces of our selves in each other. We divided into smaller groups to pick mussels, play tennis, or sail, and rejoined for lunch before garden walks and carriage rides through Acadia National Park. On our final day we had brunch at my eldest brother’s house before the final climax of a picnic with my father aboard his powerboat.

My father’s side of the family had so dominated my life growing up that there was hardly mention of my McGrath side. I heard the occasional story of how my grandmother’s Doberman pinchers bit people when they came to the house, (and learned that that included my Granddaddy when he emerged from his bedroom!) There were other, more difficult stories too. But this weekend, my McGrath cousins helped fill in many missing pieces to the puzzle of my mother’s family with mannerisms, pictures and stories. They presented new stories and different sides to the old ones. Hearing the same tales through their lenses reminded me of how there are always at least two sides to every story. It’s the difference between 1 line and the 12 lines necessary to make up a three-dimensional box.

Stories told from different angles allow us to broaden our view of the old stories we’ve carried throughout our lives. They can help us find acceptance or compassion where before we only knew judgment. And if we dig deep enough we find a treasure trove of love. That’s my new picture. It feels good to be inside the frame.

Are there parts of your family you don’t know?
When was the last time you shared a family story?
What questions would you want to ask if they were with you now?

P.S. Here is the complete list of questions, should you wish to open a conversation with your extended family:

20 Responses to Filling In