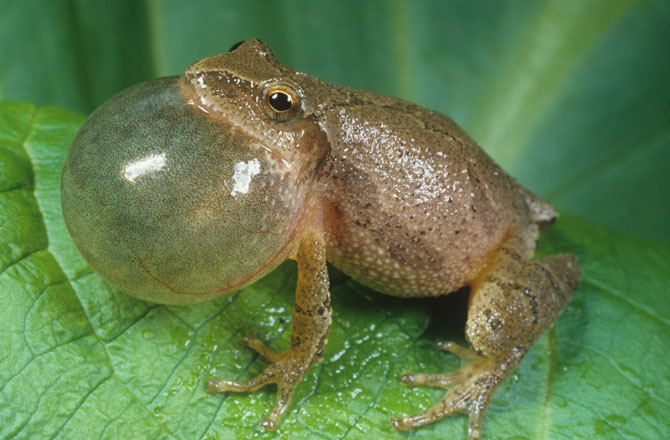 It’s that time of year again when the call of peepers entices my ear with their full-throated mating chorus. They are my favorite sound of spring. Unfortunately, I no longer hear them from home as I used to.

I have asked herpetologists why the peepers aren’t coming to my pond any longer. One conjecture was that the American Toads, that have a lower call and larger body, have been eating these small creatures. They say that peepers need reeds and shallow water to protect them.

Last spring I brought a bucket full of peeper tadpoles to a very small water hole that I dug in an effort to bring them back. There were no American Toads there and it was far from my pond. Still no peepers.

If any of you know anything about peeper habitat please send me your ideas for how I might re-introduce them. My fear is that something terribly wrong is happening to frogs, as it is with many other creatures in our environment. We have no pesticides or herbicides  used anywhere near our land, so it’s unlikely that, but something is discouraging these heralds of spring from returning here.

Last weekend my husband and I climbed a small mountain near our home, and to our delight when we got to the top, we were enchanted by the sounds of peepers.    Here’s what we found. Just press on the word “VIDEO” to hear them: VIDEO.

This is the smile that peepers bring to our faces! 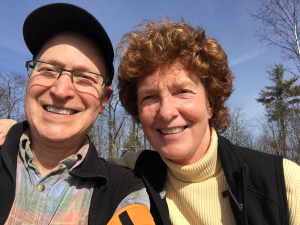 What is your favorite spring sound?

This entry was posted in Eileen's Armchair. Bookmark the permalink.

12 Responses to Listening for Peepers