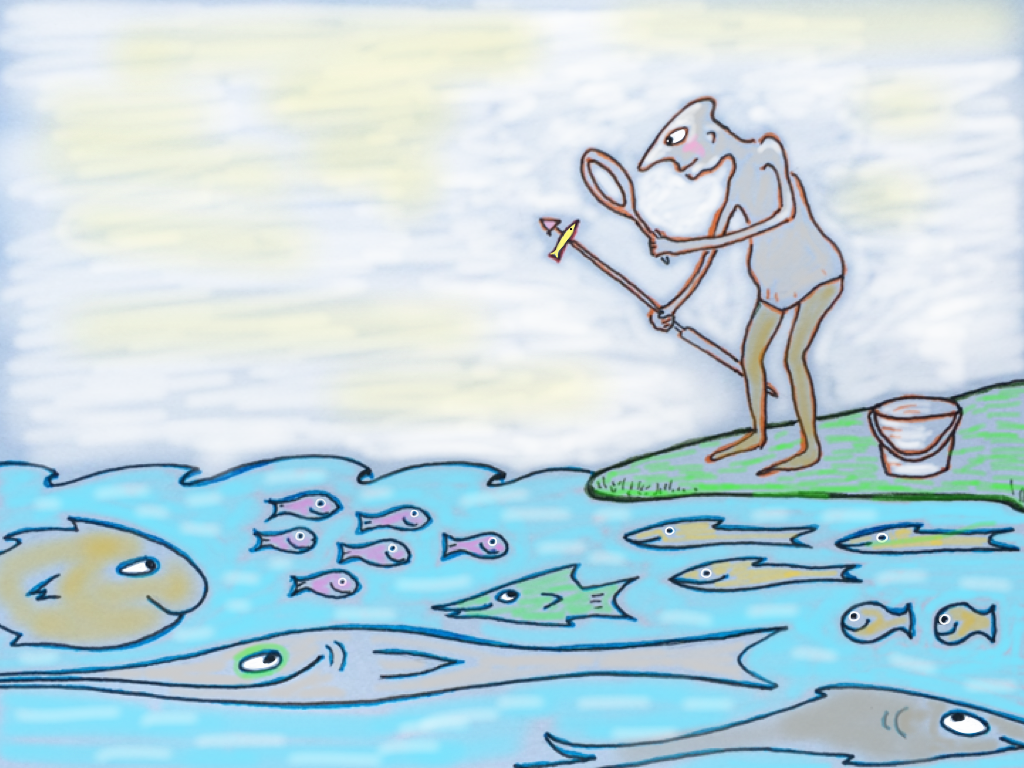 Humor can save you from drowning. I found the following story in a journal entry shortly after Paul and I had dinner with friends to celebrate his birthday.

Our server announced that the special of the evening was swordfish. Paul asked if it was line-caught. He and I share the concern that fish be harvested sustainably, but Paul is more knowledgeable on the subject than I. The server headed off to the kitchen to find out.

A few minutes later she returned to tell us that it was indeed line-caught. Meanwhile, Paul was still snared in his own thoughts.

He wondered out loud, “Might it have been harpooned? That would be even better. Fishermen often cast long lines which catch fish that haven’t yet reached reproduction age, whereas a harpooned swordfish would be larger and would have had more time to reproduce.”

My palms were forming beads of sweat as I observed the waitress’s increasing bewilderment from Paul’s tsunami of information. This was a small restaurant in the mountains, and the swordfish had traveled several hundred miles to get here. It did not come with an epitaph. Paul’s dinner ordering was quickly getting into deep water.

Our friend Bob, came to the rescue and took up the line as he placed his order, “I’ll start with a Caesar salad, but hold the anchovies, unless they’ve been harpooned!”

What’s your lifeline?
How has it kept you from drowning?

This entry was posted in Eileen's Armchair and tagged caring, nature, Paul. Bookmark the permalink.

9 Responses to Hold The Anchovies!