The True Meaning of Wealth 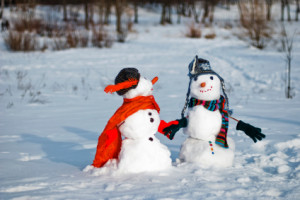 I wrote the following for a New York Times Op Ed piece, but since they didn’t publish it, I want to share it with you, my weekly readers:

According to the Chronicle of Philanthropy, wealthy households with incomes over $200,000 give away only 2.8% of their income; less than half as much as middle-class households earning between $50,000 and $75,000. What are the roots of this trend? I believe it has to do with emotional and spiritual scarcity, directly connected to false messages that say that buying and owning stuff makes you happy.

Ironically, the rich are not immune to this message. We are just as guilty of compulsive buying as people with far fewer resources. Recent research suggests that as a whole the rich are less generous and compassionate. Yet the media tells us that material goods alone will breed generosity and love.

A wealthy classmate of mine in boarding school in the 1960s used to return to school wearing conspicuously expensive shoes, pants and blouses. She was also the first girl my age to wear heavy makeup. Only after I knew her for almost a year did I find out that her mother, a wealthy actress, often got drunk when she was home and would throw her out of the house in a rage. I began to see my friend’s fancy clothes and makeup as masks to hide her sorrow.

Rich people are perceived as having comfortable, happy and enviable lives. Movies and television tell us that having a new car or a diamond ring is the answer to happiness. But true happiness—the sense of inner abundance that leads naturally to generosity—is not born of money. It requires something less tangible. Feeling loved is what has the greatest impact on our happiness and fulfillment.

Wrong. The United States, one of the richest nations on earth, has 3% of the world’s children… and 40% of the world’s toys. Yet according to a 2010 UNICEF survey in 29 of the world’s advanced economies, American children report having the worst relationships with their parents and peers, and the lowest overall life satisfaction. The U.S. ranks in the bottom third, along with Lithuania, Latvia and Romania.

How did our country, which gives so much lip service to supporting children, drift so far from love? I believe we have followed money as a kind of false god. Money can buy toys and diamonds, but—as countless singers and sages have told us—it can’t buy happiness. A few images come to mind: a mother buries her head in her baby’s stomach, producing infectious laughter and giggles. A young couple lean against a tree, arms around each other’s shoulders, in passionate embrace. An elderly couple walks across a street holding hands. These are the things that touch our hearts, and speak to the real meaning of wealth. True wealth is feeling rich with time and attention from those we love.

In this season of giving, if your wallet is stretched and you can’t buy all the things on your child’s gift list, remember this: real wealth comes not from abundance of money, toys or pretty packages, but from connections to the people we love.

20 Responses to The True Meaning of Wealth