Lessons from my Cat 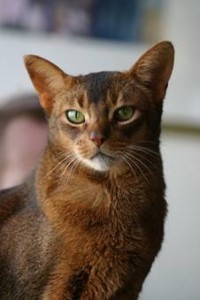 The time came last week for us to euthanize our 17 year-old cat, Rusty. His kidneys had failed and his bladder ruptured. We did not wish to prolong his agony. It was a very hard decision for Paul and me, but his death taught us about a paradox of life, even as he died in our arms.

Death comes like we live. I have seen both animals and people die in much the same way as they live. Rusty’s life was gentle, and so was his death. Some years back, my horse, Sam, had to be put down due to inoperable colic. He was a connector. We led him to the place of his burial, and before the vet gave him his shot, my husband said a prayer. Afterwards, Sam’s head, which had been on the ground due to the sedative, lifted up and he looked at each one of us, to say goodbye. He went down as gently as he lived.

In every ending there is a beginning, just like the transition of frozen earth to sprouting seed. The only constant is change. Light is seen best in contrast to dark. And so life is often felt most poignantly at the moment of its end.

I wrote this poem for Rusty, and for all those who have gone before us. May it be a blessing to each of you who have lost someone special.

illuminating gray
as is the way of truth
where opposites at play
bend old again to youth.

10 Responses to Lessons from my Cat