The Sound of Blue 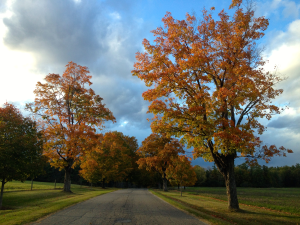 I heard my good friend and jazz saxophonist, Paul Winter, play last Saturday at a benefit concert in southern Vermont. His lyrical music reflected the same vibrant blue of his shirt, reminding me of a brilliant sky on an autumn afternoon, the sounds of whales in the vast blue ocean, and the distant vista of planet Earth from outer space. 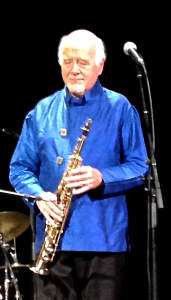 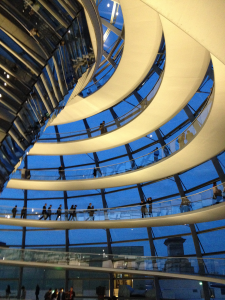 The first piece he played was like an old friend. I had heard “Journey Through the Longest Night: Belly of the Whale” many times before at his annual winter solstice concert at the Cathedral of St. John the Divine, in New York City.  The blue colors coursed through the sounds.

I invite you now to get comfortable and take five minutes to listen as if in meditation. See what color comes to you as you hear the sounds of whales blending with the cello.

My parents once bought a Picasso painting from his “blue” period, depicting a nubile girl. It was hung in the red library of my childhood home. Each time I saw it I couldn’t help but wonder: Why did he paint her blue? Was the girl feeling blue as she stepped into her teens, or was Picasso himself feeling blue?

Each time I saw this painting I was reminded of the blue hues I envisioned while playing Chopin’s Nocturne Op 9 No. 2 in E-flat; a piece I enjoyed playing regularly throughout my 22 years of piano instruction.   Color in art is one thing, but in music? As an emotional person, I have often equated color with music. This correlation is called Synesthesia. I was influenced as a child by my mother’s sensitive piano playing, and by the memorable impression Arthur Rubinstein left upon me when he played at our house in New York City.

Listen to the way he plays the Nocturne in E-flat:

What colors did you see?

Frederick Chopin was called “the poet of the piano.” He and his friend Eugene Delecroix became famous for their ability to express emotion through music and art. Delacroix once wrote a friend after visiting Chopin, “Every so often, from the window open onto the garden there would come gusts of the music of Chopin…and this blended with the song of the nightingale and the scents of the rose garden.”

Can scent be equated with color as well as sound?  Can we taste the blue, briny ocean, the indigo chocolate of dusk, or the lemon-scented dawn on a spring morning? There is so much more to a color than a hue. I believe that all our senses are interwoven.

What do you equate with the color blue? 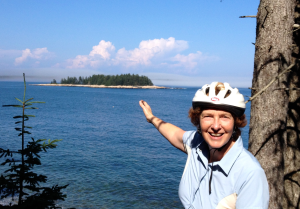 P.S. If you are planning a trip to New York City over December, or are looking for something inspiring to do over the holidays, I highly recommend going online to buy tickets for the Paul Winter solstice concert at the Cathedral of St. John the Divine, playing December 18, 19 & 20.

This entry was posted in Eileen's Armchair and tagged energy, listening, meditation, nature, self exploration. Bookmark the permalink.

14 Responses to The Sound of Blue